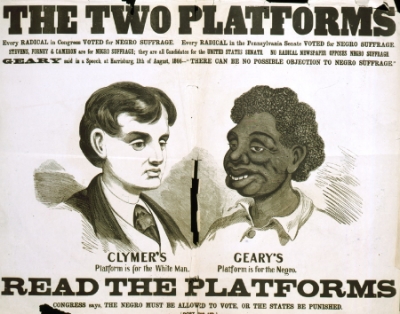 On February 3, 1870, five years after the American Civil War ended, the 13th, 14th and 15th Amendments to the Constitution, known as the “slave amendments” were ratified, ensuring former slaves citizenship, the right to vote, and the legal inability for bitter a*s massa to return to slavery. Now this is when these amendments were officially ratified, but what we know is Blacks wouldn’t be able to really vote or register, or break the barriers of second class citizenship until the Voting Rights Act of 1965 was signed.

How’d those slick bastards get past The Constitution you ask? Through Jim Crow laws, poll taxes, literacy tests, and any measure possible to disenfranchise the negro.

Makes me wonder why we still take our right to vote so apathetically, like, hello, no vote is a vote. Folks actually put their a*ses on the line to ensure our safety and voice at the polls. So, November of this year, you know what to do, right?